Ladies and Gentlemen, we apologize for the unavoidable delay-for 15 months. 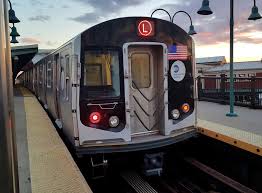 NEW YORK, NY- In less than a year from now, the BMT 14th Street-Canarsie tunnel that connects 1st Ave, Manhattan and Bedford Ave, Brooklyn will be shut down for 15 months from April 2019 to July 2020. During those 15 months, the MTA will be replacing communication and power cables, which are both the overall length of 151, 000 feet. New tracks and third rail will be installed, as well as new tunnel and lighting system. Approximately 60,000 linear feet of duct banks, 14,400 linear feet of track and track bed, 270,000 linear feet of cable ducts and associated cables, and 7,000 linear feet of concrete lining. The agency will also make upgrades to all tunnels to protect the line and others damaged by Hurricane Sandy from future storm damage. As an added bonus, the MTA is making the projected Bedford Avenue terminus.

Train Service
With the (L) Train only serving Bedford Ave in Willamsburg and Canarsie-Rockaway Parkway, all in Brooklyn, BMT Canarsie line riders would have to resort to other subway line and modes of transportation. Riders will turn to the (2)(3)(4)(5)(7)(A)(C)(E)(G)(J)(M)(Z) lines to make their trips to Manhattan. The (C) and (G) trains will have longer train cars for capacity increase. The (M) Train will have 50 additional cars. The (J)(Z) Lines will be 100% NTT. In order to properly accommodate (L) train riders, (J) and (Z) trains will operate local in both directions between Myrtle Avenue-Broadway and Marcy Avenue. The lines mentioned earlier will see an overall increase of 50% in ridership from the (L) line. There will be widening of platforms, additional stairways, reopening of closed entrances,and adding/reconfiguration of turnstiles at Broadway Junction, Flushing Av, Lorimer, Hewes Streets, Marcy Av, Nassau Ave and Lorimer St (G). New Free Transfers will be available at these following stations; Broadway (G)-Hewes/Lorimer Sts (J)(M)(Z), Junius St (3)-Livonia Ave (L), and in Queens, 21 St (G)-Hunters Point Ave (7). In order to provide extra service between Brooklyn and Manhattan during the shutdown, (M) train service will operate between Middle Village-Metropolitan Av in Queens and 96th St/2nd Ave (Q) Station in Manhattan. It's a good thing that the M train's both Myrtle Viaduct and the Fresh Pond Bridge were repaired between July 2017 and April 2018.

Bus, Ferry, Service,and 14th Street Busway Travel
During the (L) Train shutdown, there will be a M14 +SelectBusService. This service will operate between Chelsea Peirs-11th Ave and Stuyvesant Cove Ferry Terminal with connections to the M23 +SBS and the (L) Train Ferry, all day except late nights. The route will be launched on January 6th, 2019 and will be overlaid on top of the M14A/D routes. This will be the 19th route to (temporary) join the New York Bus Rapid Transit Family. New 10-15 New Flyer Articulated (alternative energy) Buses will be used on the M14 +SBS route. Remnants of the M14 +SBS route will remain after the shutdown.

-L3: Between Bedford Avenue, Brooklyn (near the (L) station) and SoHo (South of Houston Street), Manhattan; every 2.5 minutes during the AM and PM rush.

The core of 14th Street (Ninth to Third Avenues eastbound and Third to Eighth Avenues westbound) is expected to serve as an exclusive “Busway” with peak hour restrictions. Additionally, offset bus lanes are planned to be added from Eighth Avenue to Ninth Avenue westbound, and a combination of curbside and offset bus lanes are expected to be added from First Avenue to Third Avenue in both directions. The street redesign would likely bring temporary bus bulbs and expanded sidewalks to the corridor. DOT also plans to add new pedestrian space along Union Square West from 14th to 15th Streets and 16th to 17th Streets. Under this plan, access to the Busway would be mostly limited to M14 local and SBS buses; however, Access-A-Ride vehicles, local deliveries, emergency vehicles, and private cars accessing parking garages would also be permitted. 14th Street bus priority treatments would be in effect during peak periods, with specific hours still to be determined.

13th Street Bikeway Plan
With the L Train closure, DOT expects bike ridership to double at a minimum, and we anticipate as many as 5,000 new daily cyclists will use streets around Union Square. We must provide safe crosstown routes to major north-south bike lanes on avenues, destinations along 14th Street, and for other short trips that now use the L Train. The projected heavy bus and pedestrian uses along 14th Street will make the street not conducive to cycling. In order to meet the anticipated increased demand, DOT has planned a protected bike lane along 13th Street. A 13th Street bikeway would provide a path in both directions that is separated from traffic, offering a safe, accessible option for thousands of daily cyclists. Parking on the south side of the street would be removed and replaced with a standard 2-way path separated from the roadway by a buffer and flexible delineators. The effective width of the roadway would remain the same and sidewalk space would not be altered in any way. DOT is reviewing the curb regulations along the northern curb to accommodate other curb access needs, including local access. In order to minimize heavy parking loss associated with a protected lane, 13th Street was chosen as a two-way bike corridor rather than splitting the lanes into a one-way pair. While 236 parking spaces along the street’s south curb would be lost, all vehicular travel lanes would remain. Intersections would be widened to increase capacity at key points, bikes would be physically separated so they would not be contending for space on the roadway, and most  importantly, protected lanes would increase ridership and shift people away from taking for-hire vehicles on an already over-burdened street. Overall, a 13th Street bikeway would dramatically increase what is known among traffic planners as “person throughput,” greater capacity that would improve mobility for area residents and visitors during the L Train shutdown period.

Travel Along the Williamsburg Bridge
A primary component of the alternative service plan is to provide shuttle bus service from neighborhoods in Brooklyn to subway connections in Manhattan via the Williamsburg Bridge. Providing fast and reliable bus service is critical to alleviate potential overcrowding on the J/M/Z lines and prevent large shifts to private and for-hire vehicles. Currently, Williamsburg Bridge travel times are highly variable, ranging from 10-40 minutes. To ensure reliability, DOT will be implementing a policy of HOV 3+, buses and trucks only in both directions on the bridge during peak hours.

The BMT Canarsie Line is one the overly populated top 10 transit lines in North America. This work for 15 months is necessary to get the (L) line back on track. We are New Yorkers- if we can survive the shutdown of other lines, the MTA strike of '05, and natural disasters that hits this city, then we can survive anything! Let's go through this together.

Posted by The Hub Chronicles at 10:44 PM