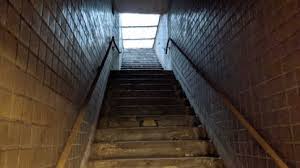 BROOKLYN,NY- A dangerously overcrowded subway station in Brooklyn will get two more entrances later this year ,right where the MTA closed them off a quarter-century ago. Transit officials announced plans Thursday to reopen the long-shuttered Bedford Avenue and Fulton Street entrances to the Nostrand Avenue (A) and (C) train station in Bedford-Stuyvesant, where 36,000 daily riders currently enter and exit through just two staircases in either direction. The reopening of the entrances along with the cavernous passages that connect them to the station will ease overcrowding and create a connection between northbound and southbound platforms, instead of the one side platform entrance sides at Nostrand Avenue/Fulton Street.

The entrances are among hundreds across the subway system sealed off in the decades when New York City’s population was declining, only a handful of which have been reopened. But a decade of population growth in Bedford-Stuyvesant and nearby Crown Heights has increased the Nostrand Avenue station’s daily ridership by 15%; creating potentially dangerous crowds during peak hours.
“In case of an emergency, we might have some trouble actually getting people in and out of this station,” Assemblywoman Tremaine Wright told reporters at a press conference announcing the project. “We are taking steps now so that we don’t have any hazards later on,” she said.
Neighborhood leaders said they expect ridership to continue growing thanks to the two large residential developments under construction nearby. The MTA said the $2 million project will wrap up by the end of the year. Here are pictures of the locked door of a passageway to the Arlington Place/Bedford Avenue.

What do you guys think about the new, upcoming Bedford Avenue entrance by the end of this year?

Police Officers In The Subway System (Good Or Bad) 
One video showed an officer punching two young men, leading to the officer being transferred to desk duty. A second video showed a swarm of officers clambering on to a train to arrest a man, frightening riders, even though the man did not appear to resist. The police said they were responding to reports that the man had a gun, though they did not find one on him. Hundreds of protesters flooded a subway station back in November 2019 and jumped the turnstiles to protest what they said was police brutality. Leaders on the left like Representative Alexandria Ocasio-Cortez and Cynthia Nixon have criticized the crackdown on fare evasion as targeting poor people.

This led up to another topic, Vandalism Of NYCT Property. There were moments of over policing that allowed the people of the public to do very irreprehensible things. Destroying property like squeezing Gorilla Glue on the sliding card turnstiles, smashing hammers on the OMNY readers as well as splashing gorilla glue on them. Also, spray paints on the on the wall that says, [bleep] the police; [bleep] your $2.75. Lastly, they (protesters) were holding the doors wide open for others to go through. I’ve seen NYPD officers going on a power trip against people in the subway system. For example, there was this one incident on the (L) line in Manhattan, where a 46-year old man was taking up two bench seats and was barred from entering the train. Just this past Thursday, a high school teenage girl was banned from entering a subway station in Brooklyn by a female police officer for trying to evade the fare. Her defense is that the P.O. opened the gate door wide open and allowed all of the people before her inside the station, WITHOUT PAYING THE FULL FARE. That is disgusting in their own right.

How do you feel about the police officers patrolling the subway system? Do you feel safe? 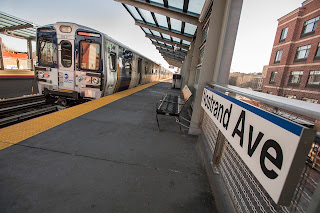 BROOKLYN, NY-Nostrand Avenue Station in the Bedford-Stuyvesant neighborhood of Brooklyn, was opened in 1877 and serves approximately 1,217 weekday riders. This station is currently undergoing rehabilitation, and enhancements to the station include: replacement of station platforms; new railings and a canopy roofing system; replacement of the four overpasses and platform stairs; installation of two new elevators; replacement and upgrades to station lighting; electrical and communication systems; CCTV security cameras, and signage. The rehabilitated station is expected to be completed in November 2019 and is part of a broader effort to modernize LIRR rail stations and spur the economic development of Long Island and the wider region. The project was finally completed in February 2020.

Posted by The Hub Chronicles at 10:34 PM