NEW YORK, NY- During the COVID-19 (Coronavirus) outbreak, the MTA this week had decided to make all bus rides citywide free. NICE (Nassau Inter-County Express) has also offer free rides to riders heading to Long Island and Queens and all of Nassau. Starting Monday, bus riders on local and Select Bus Service routes must enter and exit through rear doors. The front door is only available for wheelchair-bound customers. Riders on Select Bus Service routes, however, still must pay at curbside fareboxes that give riders a receipt that gets checked periodically. Express bus riders will also board as normal, but the first three rows will be off limits, to protect drivers. 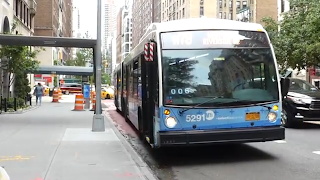 "Rear-door boarding will help ensure a safe social distance," Sarah Feinberg, interim NYC Transit president overseeing subways and buses, said in a statement. "The safety of our employees and customers is priority one." "This is the right move," said Tony Utano, president of Transport Workers Union Local 100. "It will better protect our bus operators, give them some peace of mind, and demonstrate that their concerns have been heard." Buses ran on less frequencies. The (B), (W), and (Z) Lines are suspended while other subway lines provide alternate service. Segments along certain lines that normally runs express operates local and segments along certain lines that are cancelled now covered by other lines.

The free rides were put in place to help essential New Yorkers in New York City to get to/from their workplace. The subway system is for essential use only. The agency along with other transit agencies nationwide asking for funding as much as up to $4B or more to service running. Word of advice: If you don’t have to ride the subways, then don’t ride it. Flatten the curve, stop the spread and we’ll have our sense of normalcy back.

NEW YORK, NY- This past week, two longtime NYCT veterans succumb to complications of COVID-19.  The two NYCT workers are subway conductor Peter Petrassi, and a bus operator, Oliver Cyrus. Petrassi, 49, served 21 years at the MTA as a conductor and most recently in subway operations at a Long Island City office, where 30 employees were told to self-quarantine last week after a colleague tested positive for the disease. 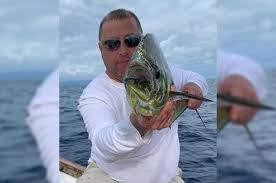 Cyrus, 61, spent 21 years on the job, and was based at the Manhattanville Bus Depot in Harlem. Transport Workers Union Local 100 vice president Richard Davis called him a “quiet, humble man. He was well-liked by all his co-workers. The workers at Manhattanville are all very upset. There’s a somber mood at the depot.” The deaths are likely to spark even more worry among frontline transit workers, who for weeks have raised concerns about a lack of equipment like face masks to protect them from the highly contagious virus.
Transport Workers Union Local 100 president Tony Utano said the transit workers are among the public employees who "have put themselves in harm’s way for the greater good of our City and our society." Hundreds of workers across the MTA have called in sick or been directed to self-quarantine in recent weeks, requiring agency officials to scramble to find enough people to run mass transit service. Officials slashed service this week due to the worker shortage.

At least two transit workers have been hospitalized this week in critical condition with cases of coronavirus, according to several people with knowledge of the outbreak’s impact on the MTA. A bus dispatcher who works at the Fresh Pond Road depot in Ridgewood, Queens, where at least three workers have tested positive for COVID-19, was on a ventilator in St. Barnabas Hospital in the Bronx this past Thursday. Another train conductor who usually works on the D line was also on a ventilator in Montefiore Hospital in the Bronx. The MTA has not released data on the number of coronavirus cases in its workforce since Tuesday, when it said 52 workers were sickened. The TA are in the process of memorial services for the two fallen NYCT veterans.

MANHATTAN, NY- An MTA worker died and 16 others were injured after flames erupted inside a subway train in Harlem Friday morning. The NYPD previously said it believed the incident to be arson, and detectives are now investigating whether it may be connected to other fires in the transit system. Fire also broke out at 86th and 96th Streets. The fire broke out at 3:18 a.m. Friday at the 110th Street Subway Station at Lenox Avenue. 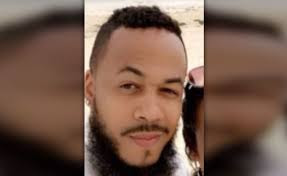 Upon arrival, firefighters found heavy fire inside the subway station coming from the subway cars. Heavy smoke and high heat confronted firefighters and the fire quickly went to a second alarm. MTA motorman Garrett Goble, 36, was pronounced dead at St Luke's Hospital. Four others were in serious condition. Another 12 people were treated for minor injuries, including five firefighters. A person of interest was questioned Friday but released by the NYPD.

The fire began inside a northbound 2 train as it was entering the 110th Street station, authorities said. The motorman was found dead on the tracks, apparently after evacuating the train that was on fire. Chief Rodney Harrison on Twitter: "The @NYPDnews is asking for the public's assistance identifying the person(s) responsible for setting a fire and causing the death of a MTA motorman.

The @NYPDnews is asking for the public’s assistance identifying the person(s) responsible for setting a fire and causing the death of a MTA motorman. pic.twitter.com/98vLKwo8qk
— Chief Rodney Harrison (@NYPDDetectives) March 28, 2020


03/27/2020: An absolutely horrendous fire at Central Park North-110th St this morning. “A 36-year-old MTA worker was killed and at least 16 other people hurt after a fire erupted Friday morning in a subway train in Harlem, according officials and reports. Firefighters responded about 3:20 a.m. for a fire inside a northbound ➋ train at the 110th Street Central Park North station. The train operator, whose identity has not been released, was declared dead at Mount Sinai Hospital, according to WABC. At least three other people were taken to St. Luke’s Hospital. Their conditions were unavailable but their injuries were not believed to be life-threatening. This is being investigated as a potential arson, due to a string additional fires at 96th St and 86th St on the 7th Avenue Line. ... 📸Credits: nypost.com, Pictures from @vincent.jpeg #R142 #Redbird #1Train #2Train #3Train #IRT #fire #arson #newyorkcitysubway #newyorkcity #nyctnostalgia ...
A post shared by Sean Cade (@nyctnostalgia) on Mar 27, 2020 at 7:37am PDT

"It is with great sorrow that we share news of the tragic loss of one of our brave colleagues, a New York City Transit train operator who died in the line of duty this morning after a significant fire that occurred on board a train he was operating. Our colleague was a young man who had served the people of New York City at Transit for many years. The entire MTA family mourns his death alongside a grateful city. Our hearts break for his family, loved ones and all those who knew him. The NYPD is actively investigating the incident for criminality. In addition to $2,500 offered by Crime Stoppers and the Police Foundation, the MTA is offering up to $50,000 for information that leads to the arrest, indictment and conviction of the person(s) responsible for this terrible tragedy."

I feel genuinely sorry for this man's family and what they have to go through. It has been a horrible week for the NYCT family. 3 deaths in one week. Its tragic; truly tragic. The station will have to be closed and rebuilt; the R142 cars that got burnt in this incident will have to be scrapped. And to the person that committed this heinous act you won't get away with this mess and you'll regret this.

Lets get this discussion started; what do you guys think about the stories mentioned above? Please comment down below.

Posted by The Hub Chronicles at 9:20 PM