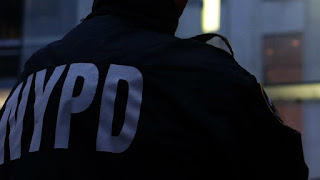 BRONX, NY- I rarely write a post pertaining about the Bronx, but I must. This xenophobic, racial, prejudice attacks against Asians during the COVID-19 has to stop, period!!!!  Four teen girls have been charged with hate crimes after New York police officers alleged they attacked a 51-year-old Asian woman, named Anna Ng, on an MTA bus in the Bronx. The NYPD alleged the suspects cursed at the woman, accused her of causing the coronavirus and demanded to know why she wasn’t wearing a mask. Police said one of them struck the woman in the head with an umbrella, for which she later received stitches at a nearby hospital. Full detail of the Ng explaining her ordeal is in this Daily News post.

Police arrested three 15-year-old girls near the scene shortly after, charging them with hate crime assaults, menacing and harassment. The NYPD is still seeking a fourth suspect, who they believe was the one who struck the woman, according to the network. The department’s Hate Crime Task Force said it has investigated 11 cases wherein suspects allegedly targeted Asians or Asian Americans since the beginning of the outbreak, and New York Attorney General Letitia James (D) has established a hotline to report any such suspected bias incidents.

Elsewhere, the FBI is reportedly considering charging Jose Gomez of Midland, Texas, with a hate crime after he allegedly stabbed three Asian Americans, all members of the same family, in a Sam’s Club. Gomez told ABC News he attacked the family because he "thought the family was Chinese, and infecting people with the coronavirus." 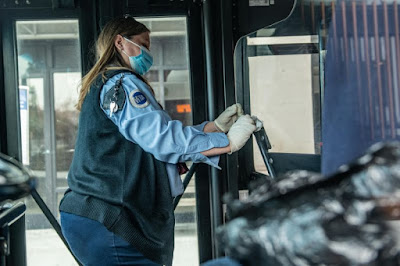 NEW YORK, NY-Coronavirus is spreading like wildfire through the MTA’s workforce, killing the agency’s employees at three times the combined rate of the city police and fire departments, which employ first responders like cops and EMS crews. At least 41 members of the MTA’s 71,000-strong work force have died from COVID-19 over the last two weeks. That compares with 11 NYPD employees and two FDNY employees; agencies that together employ about 72,000 people, roughly as many as the MTA.

Besides NYC Transit, which runs the city’s subways and buses, the MTA includes the Metro-North and Long Island railroads and MTA Bridges and Tunnels, which operates the Triborough Bridge and other crossings. MTA officials declined to provide a breakdown of coronavirus-related deaths for each of the agency’s components. But it’s clear the virus has killed people in nearly every corner of NYC Transit’s massive network, taking the lives of train operators, conductors, bus drivers, track workers and supervisors who reported to transit facilities in all five boroughs.

Transit workers and union officials blamed the high death toll on generally hazardous working conditions and a slow response to the crisis by transit officials. Many frontline employees said the agency’s decision to follow guidelines from the Centers for Disease Control and Prevention that advised people not to wear protective face masks allowed the virus to spread rapidly among workers during the first few weeks of March.

Samuelsen said MTA rules around worker pensions causes the MTA’s employees to be slightly older than those at other public agencies, which leaves many of them more vulnerable to COVID-19. Data shows the average New York City transit worker is 48 years old, and 28% of them are at least 55 years old. MTA workers are allowed to collect their pensions when they turn 55. City police offices can retire with a full pension after 20 years of service. So many MTA workers have been directed to stay home with symptoms or confirmed cases of COVID-19 that transit officials have been forced to slash mass transit service across the city.

People need to take this pandemic seriously, mass transit during this time are for essential workers only!!! By railfanning, busfanning, gathering in groups, standing close to one another, you guys are not making this easy. You’re not doing your part by staying home and flatting the curve. Don't stay home, you become a statistic; Play stupid games, win stupid prizes. Utah Jazz player, Rudy Gobert learned that the hard way.

Posted by The Hub Chronicles at 11:36 PM