New York's GOP Party Calls On McConnell To Provide Additional $3.9B Funding To The MTA (A Juneteenth Post Edition)

Written By N Miller (Creator Of The Transportation Hub) 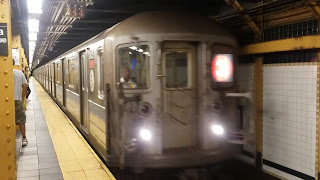 NEW YORK, NY - Republican representatives of New York have called on U.S Senate Majority Leader Mitch McConnell (R-KY) to provide an extra $3.9B funding for the MTA in the next round of stimulus. Eighteen of them, including Rep. Peter King (R-N.Y.) and New York City Councilman Joe Borelli (R), an honorary state chair for the president’s 2020 campaign, as well as John J. Flanagan and Will Barclay, the Republican leaders in the state Senate and Assembly.
In the conjoined MTA letter, the New York Republicans wrote;
“The MTA’s financial future is at risk without federal relief. COVID-19 has blown a massive hole in its budget. The global consulting firm McKinsey & Co. estimates the full 2020 impact to be between $7 billion and $8.5 billion due to massive revenue losses caused by disappearing ridership and the evaporation of state and local taxes that support the MTA. The agency has run out of avenues for support. Without assistance from Washington, the only option left for repayment of the MTA’s debt is fare and toll hikes. We can't put this burden on our constituents when so many have lost their jobs.”

"New York has been the epicenter of this crisis in the United States."The essential workers on the frontlines who have rightly received so much praise and appreciation depend on mass transit to get to their critical jobs. Healthcare providers, pharmacists, first responders and grocery store workers cannot be left stranded at the time when they’re needed most."

I have no political party affiliation, but its real nice to the Republican Party (GOP) of New York to come together on the same page for a greater cause. We need this $3.9B funding from Congress to compensate the loss of bus fare payments, funding for new subway/railcars, buses, and infrastructure that was suppose to start off the 2020-2024 MTA Capital Plan. If we don't get the funding that we need from Congress down in D.C., the base fare for riding transit could wind up being $9. I don't know about you guys, but I am NOT paying $9 to ride transit or more to use the commuter rails or drive over the bridges/tunnels. So, with that being said, if Mitch McConnell cares about his fellow republicans (especially the NY ones who adores Trump), then he should cough up that extra $3.9B that our ailing system needs.

In other news, today, we celebrate Juneteenth. Juneteenth (June 19th) is an annual celebration for the end of slavery in the U.S. In 1865, federal troops arrived in Galveston, Texas to ensure all enslaved people were freed. This occurred only two years after the Emancipation Proclamation. 47 states and District Of Columbia have by far either acknowledge this event as state holiday or a day of observance (North/South Dakota and Hawaii are the only states who does not acknowledge this holiday). Also, the MTA has created a panel for an overall inspection and review of the Bombardier R179s.

What do you guys think about this story and Juneteenth being most likely a national observance? Please comment below.

Posted by The Hub Chronicles at 11:08 PM