*ONCE AGAIN, I DID NOT DO A POST LAST WEEK, SO THIS WILL BE A DOUBLE HEADER POST 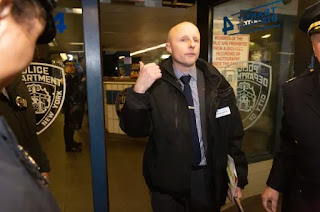 NEW YORK, NY - Andy Byford was one of the best NYCT Presidents to ever grace New York City's transit system. Back on June 29th, he became the brand new commissioner of TfL (Transport for London). Byford has had a lengthy career in transportation management. He was the CEO of the Toronto Transit Commission, the President of New York City Transit, and now the current commissioner of TfL (Transport for London), where oversees the daily operation of trains, buses, taxis, streets, and ferries.


He oversaw the Big Apple’s subways before abruptly resigning in February. He demurred when asked by the Evening Standard whether his nickname would live on in London, where the underground is known colloquially as “The Tube.” The popular New York City Transit Authority president was given the nickname “Train Daddy” last year after an offbeat piece of Brooklyn street art depicted his face superimposed on a subway car in the style of Thomas the Tank Engine, with the caption: “Train Daddy loves you very much.”

Byford said this in a statement;
“I want to just, behind the scenes, quietly get on with two main priorities which I’ve set myself.” 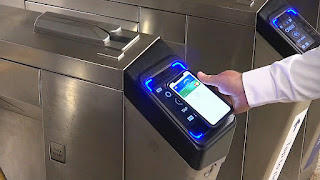 NEW YORK, NY - MetroCards will soon be obsolete as New York City will go contactless. OMNY (One Metro New York) is a contactless payment system and will accept payment from any NFC-enabled contactless card. Here’s a little background on OMNY; In June 2018, the MTA revised the timeline for implementation of the then-unnamed new payment system. The first stage of implementation took place in May 2019. All subway stations would receive OMNY readers by October 2020, in preparation for the launch of OMNY cards by February 2021. OMNY vending machines would be installed by March 2022 and the MetroCard would be discontinued in 2023.

Here is a full list of all the OMNY equipped stations, so far:


Recently, OMNY readers have been implemented along the 2, 3, 4, and 5 lines as well as all Bronx stations except the IND Concourse Line. Next, will be the IND Queens Boulevard Line. The whole subway system will be OMNY by October of this year. OMNY readers accept contactless cards from companies such as Visa, Mastercard, American Express, and Discover, as well as digital wallets such as Apple Pay, Google Pay, Samsung Pay, and Fitbit Pay. OMNY time-based options, comparable to the current 7-day and 30-day MetroCards, will be available in the first quarter of 2021, after the activation of OMNY across the entire NYC Transit system. Following the completion of OMNY installation at all subway turnstiles and on buses, the MTA will introduce all remaining fare options, including unlimited ride passes, reduced fares, student fares, and more. In other news, the Trump Administration has put the congestive pricing, which was supposed to revenue funds to help fix the subways, is on hold for a year. All of MTA's projects, procurements, and deliveries are all on standstill.

What do you guys think about last/this week's stories? Please, let the Hub know in the comments section.

Posted by The Hub Chronicles at 8:22 PM