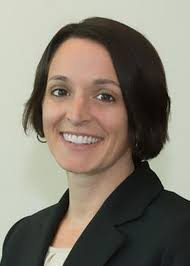 Sally Librera, The first woman to run the city's subway system, is leaving the job after overseeing four months of unprecedented challenges and changes brought on by the coronavirus pandemic. She addressed her staff on Tuesday that her last day of overseeing the day-to-day operations of our ailing subway system will be July 24th. Not only we lost Byford in February before the COVID-19 pandemic wrecked our city, now we lost the second best thing for our agency. Our transit sub-agency, along with our New York City is falling apart by the seams. As Andy Byford’s second-in-command, she should’ve been the Interim NYCT President, and NOT Sarah Feinberg.

Librera started her career as a teacher in California. She later joined the MTA in 2004 as a transportation planner and worked her way up over the next 16 years, eventually running the Staten Island Railway and then taking over the subways, the first woman to do so. Librera was about follow behind Byford before the Coronavirus pandemic, but stayed back to face the challenges of the pandemic to managing the suspension of overnight service for the first time in the railroad's history, overseeing the extensive cleaning and unheard of disinfecting of every subway station and train car, and keeping the subways running with an unprecedented number of workers out and amid general workforce concerns (a single positive coronavirus test could force many workers on the same subway line to be quarantined).

In her department, 86 subway employees passed away from COVID-19 compilations, and approaching the height of the pandemic, a train operator/beloved father (Brother Garrett Goble) passed away from a subway fire that occurred in late March. The passing of 130+ transit employees from the coronavirus hurts, but the passing of Mr. G hurts even harder. It hits home and hits hard. Here we have, a brother, a good man who gave his time to transport essential workers overnight and he lost his life on one of my childhood subway lines, the (2) line on an R142. The arsonist scumbag responsible for what happened that horrible night needs to be charged with 2nd degree murder/manslaughter, 16 counts of 2nd degree murder/manslaughter, arson, and damage of transit property. It happened because of Cuomo, his bail reform and this state keeps on letting out repeat offenders and violent criminals out on the streets to wreak havoc, and the same goes for DeBlasio, too. BeDlasio has enable criminals to act up and commit more crimes in the city. This is why we have a huge spike in shootings, which has gone up 27%. Cuomo's selfish, despicable, undermining, freak control actions drove the best thing that he had in transit, and that was Andy Byford. MTA Transit's failed leadership is also to blame for this as well. DeBlasio and Cuomo care more about the lives of hardened criminals than the lives of everyday, hardworking citizens who are contributing to society and are trying to make a name for themselves. Feinberg (Cuomo's gal pal) and Foye have been lazy and lackadaisical at the height of the pandemic. The fleets and stations weren't getting cleaned like they were supposed to, workers not having the proper PPE masks, and were threatening disciplinary action. In April, transit workers were dying by the numbers, while homelessness infiltrated the subways during the overnight hours. After deaths, complaints and despair, transit has been cleaning their fleet non-stop and implemented overnight closures from May and onward, acting like they're the leaders of cleanliness since day one, when really they let death and despair took over. All of this should've been implemented from March the second the pandemic started. If Byford was still around (all of the cleaning, overnight closure, PPE mask and gloves to ensure the well-being of employees would have been implemented by him), criminals/repeat offenders/hardened convicts/serial arsonists remained in prison, and had transit leadership do what they were supposed to do in March what they done in May and onward, Brother Garrett Goble and 130+ transit employees will still here with us today and breathing. MTA Transit leadership and New York has failed each and every last of you mates and loves, and I am so sorry.


Librera said this in a statement;

"It has been my privilege and honor to work with an incredible team of professionals for the past 16 years at New York City Transit, and lead the hardworking, brave employees of the subway for the past two years. I am incredibly proud of what we have done as a team to markedly improve performance for our riders and carry New Yorkers through the unbelievably challenging peak of the COVID pandemic this year. I will forever be inspired by the bravery and fortitude of the subways employees, each of whom are true masters of their crafts. I have made the difficult decision to transition toward new opportunities, but I am confident the talented subways team will continue to deliver for our customers."

Interim President Feinberg said this statement, praising Librera for all of her achievements;

"When you have someone as passionate and incredibly talented as Sally Librera, you know at some point she is going to continue her journey and move on. MTA New York City Transit has been fortunate to have Sally leading Subways since May 2018 and holding various roles, including VP and Chief Officer of Staten Island Railway, for the past 16 years. Running subways is one of the hardest jobs in the country and over the past two years Sally has been instrumental in improving the system's performance. In the past four months, she has proven her strength and leadership getting the system through an unprecedented pandemic, and I know she will command her next endeavor with the same diligence she has at the MTA."


Frank Jezycki, the chief operating officer for subways, will take over for Librera on an interim basis. Transit has really gone downhill since Byford's departure. We have now lost two shining stars in transit. Deaths, despair, and destruction has hover a dark cloud over our agency and its no thanks to Cuomo, DeBlasio, Foye, and Feinberg. A Facebook video from the Progressive Action appeared over the weekend. It's about a female transit worker giving birth while on duty and the baby passed away. Sickening! This what I mean when transit leadership has dropped the ball and the union (TWU Local 100) is not fighting hard enough for paid maternity leave for women. The first half of 2020 has been awful. Let's hope and pray that the second will be somewhat better to at least ease the pain and suffering.

NEW YORK, NY- This is a total blow for New Yorkers. Not only $1B was slashed from the NYPD's 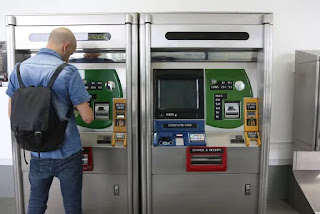 funding, but DeBlasio and the city council also approved for $65M to be axed from the MTA Fair Fares program. for the $88.1 billion Fiscal Year 2021 budget. Millions of our native New Yorkers rely on this program. For those who don't know what the fair fares program is, its for qualified NYers who falls below the poverty lineIn order to qualify for the program, participants must be a New York City resident, between the ages of 18 and 64 and is not already receiving reduced-price MetroCards from the MTA or transit benefits from other agencies. If you use a weekly card, which is $33, you'll be paying $16.50; a monthly that costs $127, will cost you $63.50. The discounted-cards can be used on all New York City subways or local buses, but are not eligible on MTA express buses, the Long Island Railroad or Metro-North.


De Blasio said this in a statement;

“I just think the reality of that program, which is a great program, it was an effective, important program. At a period of time, MTA ridership was down to 10% of what it had been on. That was a prolonged period of time. I think the whole underlying concept of the program got just disrupted profoundly by the coronavirus, and we’re not going to see that turnaround in the short term.”

City Council Speaker Corey Johnson, who launched the program alongside de Blasio, also said Tuesday that the funding reduction was based on a cost re-estimate and that no existing participants would be removed from the program. “We believe this is the re-estimate and it won’t result in anyone losing Fair Fares.” Johnson said. Well, you wouldn’t have to slash money from the fair fares program if you guys managed your money correctly. Trump gave us $3.9B months ago (or a portion of it) and told us to use it wisely. What happened to that?!

“The Mayor’s decision to slash the Fair Fares program will make it more difficult for tens of thousands of customers who rely on mass transit to afford to get to jobs, school and work as New York continues to reopen. “At a time when the MTA is hemorrhaging money at record levels due to the COVID-19 crisis, this cut sets us back and will further hurt our ability to provide critical services to New Yorkers.”

As much I don’t like what Feinberg has done to us and her employees for the last four months, but she does make a compelling point. There are New Yorkers who are not making the annual amount of revenue to escape poverty, and this stupid Administration just slashed $65M. We are already getting funding from D.C to keep our transit system intact, and this cut will do more harm than good and hurt the working class in the long run. Also, in August, the transit sub-agency will start collecting fares again and the plastic barrier will be behind the the driver's door. NICE has already start collecting fares this past Saturday.

How do you guys feel about the cuts to the Fair Fares program?


Posted by The Hub Chronicles at 7:43 PM