* HI EVERYONE. I KNOW THAT I HAVEN'T POSTED A STORY IN THREE WEEKS, DUE TO THE FACT THAT I HAD A SUMMER CLASS AND WAS DEALING WITH A FAMILY MATTER. SO, HERE'S POSTS FOR AUGUST 27th, 20th, & 13th IN THAT ORDER. 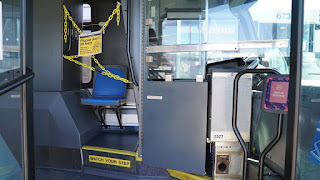 NEW YORK, NY- If you have been enjoying the free bus rides since March 20th, you better enjoy these last few days of free bus rides while you still can. Bus fares will be collected once again on Monday August 30th, which will end rear door boarding. All good things must come to an end, so get your OMNY readers, your coins and/or MetroCards ready before boarding the front door. Fare collections are back and you still have to wear your masks.


The recollection of fares for local buses alike is a step forward to get funding in for the agency to keep service running as well as to resume all current and upcoming projects, deliveries and procurements. The agency has acknowledged that the TA’s bus ridership and revenue indicated a loss of nearly $431 million, based on pre-pandemic ridership.  Front-door boarding is anticipated to add up to 40% more space on buses, which would enhance a commuter’s ability to socially distance. Barriers of chains and vinyl curtains that were in place amid the pandemic will be taken down to increase social distancing opportunities.

To increase separation between bus operators and drivers, the seat directly behind the bus operator will be blocked off and the white line on the bus floor, which passengers are advised to stay behind, will be further away from the bus operator. Polycarbonate sliders designed and assembled inside the MTA, and vinyl curtains to fully protect bus operators, continue to be installed on 4,800 local buses and are expected to be completed in the fall. MTA Transit has seen an increase in ridership as NYC continues to reopen. On August 14th, bus ridership reached more than 1.3 million riders, the highest ridership has been since the start of the COVID-19 pandemic. If you're a transit employee, please be safe out there. We love and appreciate you, even though transit leadership can less of what happens to you. Also, the Jay Street Busway in Downtown Brooklyn will start on 08/31/2020. It will be between Tillary Street and Smith/Livingston Streets for buses from 7am to 7pm. Also, free overnight taxi rides for essential workers ends today.

In other news, this past Wednesday, the group that talks about the overall day to day working conditions in Transit known as the Progressive Action, held a candlelight vigil for Train Operator Hero Garrett Goble (who passed away in the late-March Harlem Subway fire) and the 131 employees who passed away from COVID-19 compilations. The Goble family was given a plaque in memory of Mr. G and a triangular folded American flag in a frame (this is normally given to families of first responders and military members who died on the line of duty). It was a special occasion to honor/pay respects to Mr. G and all the transit employees who kept this city moving during the height of the pandemic. There's still spots left to sign the petition to have Central Park North-110th Street to be renamed to Garrett Goble Way-110th Street, to commemorate and carry on the legacy left by him. Now, it was revealed by WABC 7 New York, that the serial arsonist that caused the deadly fire back in March has still NOT been caught yet, 5 months later. That is a huge slap to the grieving family's face and all of us who wants justice for Mr. G. This comes to show what type of city and state we live in and have to deal with.  The person who we all thought that did this, is not the one at all. He is still going down for what he did to the Computer Music Centre at a Columbia University subcampus. Police are looking for this suspect down below. If you know his whereabouts, please contact Crime Stoppers at 1-800-577-TIPS (8477).

NEW YORK, NY- If crime in this city cannot get any worse, well it just did. There is a lunatic out there walking around about the subway system, smashing glass windows and doors on the #7 line as well as the #2 and #3 lines. It has gotten go rampant that the yards are running out supplies to replace the broken glass on the trains. This is just another day in Bill DeBozio’s New York City.

An overall total of 465 subway windows has been smashed since May. Transit workers have reported 31 separate instances of broken windows on the 7 train. Smashed windows have also turned up on the 2 and 3 trains, costing the agency $300,000 so far. Service along the #7 had to be decreased to keep up with the glass repairs on the trains. Broken glass on trains can be a major safety hazard as the glass can easily break into pieces mid-ride. The MTA and NYPD has joined forces have this vandal caught, arrested, and indicted once and for all. $12,500 (the usual $2,500 by NYPD & $10,000 added by the MTA). Police identified the alleged culprit as a male “with light complexion,” who was last seen in a white shirt. He remains at-large. If you have any information, please contact Crime Stoppers at 1-800-577-(TIPS) 8477.

UPDATE
A suspect has been arrested for a string of vandalism of subway glass windows. 42-year old Joseph Martinez was arrested Friday night after being seen kicking out subway windows on the (A) train at 59th Street-Columbus Circle. He is charged with criminal mischief and was issued a desk appearance ticket and will be arraigned in November. Martinez works for a third-party subcontractor authorized by the MTA to clean the trains and was under the influence of drugs when he was committing his vandalism act. The object that was used to smash the glass was a lead pipe, a sledgehammer, and a baseball bat. Martinez’s paychecks should be used to replace the glass that he smashed. 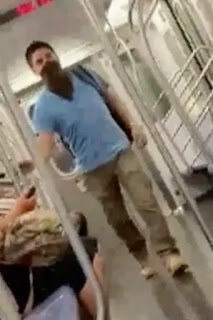 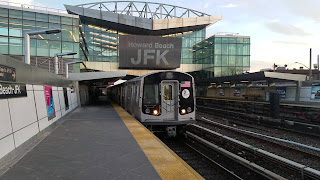 NEW YORK, NY – Things are looking very dire for the Metropolitan Transportation Authority. Years of financial mismanagement on top of the COVID-19 pandemic is causing a financial strain for the agency. Lets not forget that the TA still has to pay $500,000 to families of employees who passed away to COVID-19 compilations. CEO/Chairman Patrick Foye has mentioned that there will be service cuts (much more than that of 2010), job layoffs, and an increase fare hike of 20%. I hope that the state and the U.S. Congress can come up with some sort of compromise that can save New York transportation.

The MTA will need $12 billion in operating funds for the remainder of 2020 and all of 2021, according to agency leaders who testified Tuesday before a joint state Senate-Assembly hearing. MTA officials testified on not only the fiscal crisis they face but also the draconian impact it would have without additional financial help, such as service cuts, fare increases and capital projects being stalled. Despite a reported pending deficit of $16 billion by 2024, some legislators were skeptical that the losses from fares and tolls added up to the amounts the MTA says they will need replaced did not add up.

Other budget reductions on the table include a $1 increase in bridge tolls and a 1 percent fare increase on top of already scheduled biannual fare and toll hikes as well as a wage freeze, accessibility cuts and the cancellation of maintenance and modernization efforts. State law requires the MTA pass a balanced budget at the end of each fiscal year, meaning the proposed cuts would go before the board in November or December, officials said.


Even as people try to get back to day-to-day life, they’re shunning crowds, which means shunning transit. The MTA’s ridership, after spiking in early summer, has stalled at a fraction of pre-pandemic trips. Last Wednesday, subway ridership was down 77 percent. Because of these figures, the MTA cannot borrow from traditional bond markets, at least not at an interest rate it wants to pay. Last week, it tried to borrow $451 million from traditional lenders (like banks), with a three-year repayment term, but lenders demanded an interest rate more than double the January rate. So the MTA went to the Fed, taking advantage of an emergency program. It’s only the second government borrower to do so, after the state of Illinois, which has long been broke. And the agency still had to pay 50 percent higher than January. A nightmare scenario is, three years from now, an MTA hobbling along with, say, 60 percent of pre-pandemic ridership. People with options have either left the city or stuck with bicycles within Manhattan and cars in the boroughs. The MTA doesn’t have resources to repair and maintain its infrastructure, and it has to slash service to repay its existing $46 billion in debt.

What do you guys think about all of these stories? Please comment down below.

Posted by The Hub Chronicles at 8:37 PM