*DOUBLE HEADER POST FROM SEPTEMBER 3rd and 10th, 2020. PLEASE TAKE THIS MOMENT TO HONOR THE LIVES LOST ON THIS HORRIFIC DAY AS WELL AS THE FIRST RESPONDERS WHO MADE THE ULTIMATE SACRIFICE. THANK YOU. 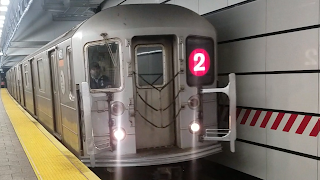 WORLDWIDE-Both the New York City Subway and the London Underground has hit their all time lows during the pandemic. Ridership for both systems were down 63.5% (for NYCT Subways and Buses) and 56% for London's system (both underground and buses). The difference between the two is that London has an edge, a steady plan, and Andy Byford.

Subway and transportation systems are the main bloodline for every city. There should be a safe and efficient way to get the working class back into their offices and jobs. Britain's prime minister (and ex-London mayor) Boris Johnson has launched an ad campaign for people to return to work.

“If we all stay at home working, it’s a big problem for central London. Small businesses rely on your workers going to work, the café bars, the dry cleaners, the shoe-repair shops. We are doing what we can to make sure London is as safe as it can be.”

Despite the bickering between those two (mentioned above), they both have a common agreement. London needs its transportation system to be operational in a safe manner for all and help bring in revenue for businesses alike. This is where Sir Andy Byford comes to play. He will build trust with the people of London, just like he did with New Yorkers. There's three things that TfL (Transport For London) has that NYCT desperately; coordination, money, and desperate leadership. TfL is all rails, roads, and sea operated by one commissioner.

The agency increased the congestion-pricing levy by 30 percent, to nearly $20. Thanks to a combination of a much lower health-care burden for workers and bus services that are contracted out to private operators, for example, it moves 2.1 billion passengers a year for about $8.4 billion, whereas the MTA moves 2.6 billion passengers for $13.7 billion. Last, crime. De Blasio has sat by as a crime pandemic has accompanied the COVID-19 pandemic ­underground. From April through June, subway felony crime was down only 47.%, with ridership down double than that most of the period, each rider was at higher risk, per capita, of ­becoming a victim. Murders have more than doubled, to four, and robbery is up 5 percent. Reports of conductors being pushed to the tracks hardly win people back. In London, crimes “against the person” in the Underground are down 67.5 percent, robbery down 52.4 percent. London’s returning commuters have one less thing to worry about.

Both London and New York are amazing cities with such amazing transportation systems. Funding, leadership, safety, and stability is what is needed to reform the cities back to a sense of normalcy. Attractions are slowly reopening, but not much is being done. At least in NYC, indoor dining will make a return on September 30th, with 25% capacity. Shopping malls in the city have now reopened with 50% capacity. We can all hope for the best in the world and take a moment to realize that Byford has made Cuomo look like the biggest moron in the entire universe for mistreating him the way that he did.

In other news, a platform patroller was pushed onto the train tracks on a Manhattan-bound side of the (A)(C) lines at Hoyt-Schemerhorn Streets. The suspect who did it was apprehended days later and the patroller is now at home recovering. A reputed gang member was caught and arrested on an Uptown (A) at the Fulton Street Transit Center for having a loaded gun. A 239th Street yard cleaner was killed crossing the tracks. Bus drivers around the city have been assaulted left and right nothing has been done to secure the safety of NYCT employees. Please keep all of these people in your thoughts and prayers. Lastly, the agency will now enforce a $50 fine across all sub-agencies for those who are not wearing a mask on MTA property. We'll see how that plays out. 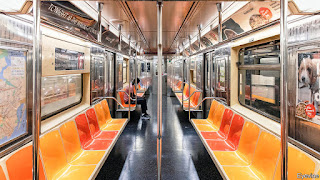 NEW YORK, NY- The MTA could lay off 8,400 workers by November or sooner if the federal
government doesn’t come through with a $12 billion bailout. This also includes massive cuts to service and fare hikes across all MTA sub-agencies. We are about to be in more trouble, much worse than 2010.

The system is on the verge of financial collapse. Pat Foye, chairman of the Metropolitan Transportation Authority (mta), the state entity in charge of the subway, buses and regional commuter lines as well as some bridges and tunnels, painted a bleak picture at a recent board meeting. The agency is losing $200m a week because fare revenues, tolls and subsidies are all down, while the mta is shouldering new pandemic-related expenses (mostly shutting down the normally 24-hour subway for nightly cleaning). Passenger numbers collapsed as covid-19 spread and have risen only modestly as New York City has reopened. On August 31st 1.4m straphangers rode the subway, but that was still 75% below a typical weekday in 2019. The pandemic has taken a greater toll even than the Great Depression; passenger numbers declined by only 12% in 1929-33.

And the 2020-2024 capital plan — which promised accessibility upgrades; system expansion in the form of a continuation of the Second Avenue Subway and offering some Metro-North customers access to Penn Station; and the start of badly needed signal upgrades — is already under threat. Agency officials said that the plan is on pause during the pandemic, and might be cut severely if the agency remains mired in debt and doesn’t have revenue sources like congestion pricing, said MTA Chairman Pat Foye. Most important, the habit of taking capital funds for operating expenses is what led to New Jersey Transit’s legendary neglect and decline, as basic repairs and upgrades went by the wayside for years at a time.

This is the last time I am talking about this. I am so done with this topic. But anyways, here are some 2020 OMNY (One Metro New York) updates;

What do you guys think about these stories? Please enjoy and comment below.
Posted by The Hub Chronicles at 7:27 PM