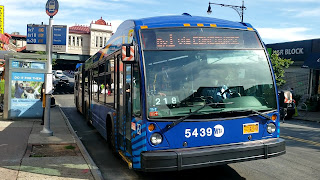 NEW YORK- To my fellow commuters, we should be prepared for the worse if no funding comes our way. The MTA released its proposed 2021 budget and four-year financial plan amidst the worst financial crisis in agency history. The plan includes devastating service cuts, a drastic reduction in the agency’s workforce and a continued pause on the historic $51.5 billion Capital Plan. In the absence of $12 billion in federal aid. The MTA continues to face an unprecedented financial crisis. This pandemic has the potential to eclipse the Great Depression’s impact on transit revenue and ridership. The way how things are this will be far worse than the 2010 service cuts.

The MTA presented a worst-case 2021 spending plan at its November board meeting. There was no suggestion of additional federal emergency relief. At the same time, the agency is continuing its aggressive effort to secure $12 billion in federal funding. Should desperately needed federal relief arrive, the MTA will make any necessary budget adjustments during 2021. The November Plan includes favorable re-estimates from the July Plan as fare and toll revenues are projected to surpass the previous forecast by $319 million and non-labor expenses are projected to be lower by $295 million in 2020. Savings from vacancies attributable to an MTA-wide hiring freeze are expected to total $66 million. Debt service expense is forecast to be $31 million favorable in 2020, with savings through the remainder of the period covered by the four-year financial plan. Subsidies are slightly unfavorable through 2022, followed by improvements in 2023 and 2024. This brings the MTA’s projected deficits to $15.9 billion through 2024. The TA will be voting to enact on a new budget coming up next month.

The following reductions for each sub-agency could go as follow; Subway service reductions of up to 40%, which may result in reduced train frequency, suspension of service on some lines at certain times of day, and/or major weekend changes. The reduction in service may allow for a 35% subway fleet reduction, generating savings in maintenance, cleaning and inspection costs. There could a one-person train operation and an elimination of station agents. Bus service to decrease by 40% through elimination or consolidation of bus routes and reductions in frequency by up to 33% on the routes that remain.  Changes to routes would ensure that service is available within a half-mile of existing stops. These service reductions for NYCT will result in the elimination of nearly 8,300 positions (bus and subway combined).

Long Island Rail Road and Metro-North services may be downgraded by 50%, which may result in peak period train frequencies of every 20 to 30 minutes along busier line segments. It will be hourly at less busy line segments. Proposed reductions under consideration take into account the existence of nearby alternate service and maintaining adequate service for essential workers. Off-peak and weekend service may be hourly, reflecting current ridership levels while maintaining sufficient service to prevent crowding. The railroads’ service reductions would result in the elimination of a total of more than 900 positions.

In other news, more incidents of crime in the subway system yet again. First, a female conductor gets punched in the face at the Prospect Avenue station in Brooklyn. She is currently recuperating at home and her attacker is on the loose. His face is blasted everywhere, so if you have information about who he is, give Crime Stoppers a call. Your call will be anonymous, as usual. A 36-year-old man was beaten and shoved onto the tracks at Bryant Park. An arrest has been made in that case. Worst of all, a woman was shoved onto subway tracks at Union Square station in Manhattan. She survived the ordeal. The stunning incident was caught on video. A suspect in that case was arrested at the scene. That happened yesterday. To all of my fellow New Yorkers, please be cautious out there. Especially the fact that we have to be “our brother’s keeper”.

Posted by The Hub Chronicles at 7:17 PM