An Arrest Has Been Made In The Late-March Subway Fire Incident......Nearly Nine Months Later

Before you read about this incident, please check out these articles that explains the situation that is in today's story.

NEW YORK, NY-This is the moment we all have been waiting for. An arrest has finally been made in the late-March subway fire incident that killed a beloved train operator. The perpetrator was apprehended nine months after the incident. This was shortly before the number of COVD-19 deaths skyrocketed. Only essential workers were allowed to work their shifts, while everyone else stayed home. This criminal thought it was “real cute” to go inside a subway car, lit the lighter, and cause the train car to get incinerated, killing our brother. He had the audacity to commit more crimes and hide under the radar before getting arrested. Karma came around and kicked him where the sun doesn’t shine. 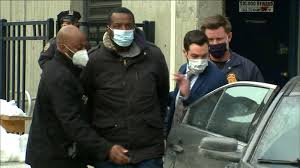 Police from the Transit District 32, located in the Crown Heights section of Brooklyn arrested 50-year old Nathaniel Avinger for allegedly groping a transit worker. He was later linked to the Harlem subway fire that claimed the life of 36-year old Train Operator, six-year transit employee, and devoted father of two, Garrett Goble. Avinger remained in police custody Friday while awaiting arraignment in Manhattan on the murder charge. Online court records didn’t list an attorney representing Avinger in that matter. A message seeking comment was left with his lawyer in another pending case. He set fire to a Columbia University Music Center sixteen days earlier. This criminal has been hiding under the radar this whole time and we did not realize it until now or at least until he struck again. The serial arsonist is due back in court this Wednesday.

For those of you who have been wondering how this deadly subway fire have happened for months now, here is a little detail to help you understand. The arsonist, Nathaniel Avinger, was on board the uptown (2) local train after 3am in the early morning hours on March 27th.  When the train reached Central Park North-110th Street/Lenox Avenue, Avinger thought it was a "good idea" to start a lighter (the lighter that we are talking about is no ordinary lighter; it is the lighter used for synthetic drugs like K2 etc.) and set a shopping cart on fire. The fumes from the burnt shopping went up to the train’s HVAC (which is located on top of the roof) and incinerated the entire subway car. The fire also burnt out the roof of four other subway cars surrounding that one incinerated car. Train Operator Goble got out of his operator’s cabin and evacuated his train, saving his conductor and passengers. Unfortunately for Goble, he was consumed by smoke inhalation from the burning train, and ended up passed out on the opposite train track. Firefighters and police arrived to scene. Firefighters put out the fire and found Goble lying on the track unconscious. He was rushed to Mount Sinai Hospital, where he passed away. Avinger was a convict in the making, who will have his day in court. During the month of March, he caused two fires (one deadly) and damaged property in the Bronx. With someone like him who has thirty-nine prior arrests, he should have never been let out onto the streets. Due to the fact we have careless politicians who value the lives of criminals more than hard working citizens like Goble, no one will be safe and that needs to change. 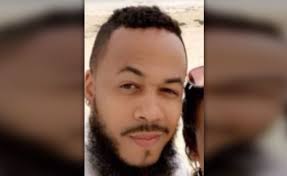 In the early morning hours of March 27th, 2020, Train Operator Garrett Goble became a hero. He was performing his shift along the (2) subway line heading up towards the Bronx when the deadly fire transpired. He evacuated his train, saving the lives of his conductor and passengers. Unfortunately, he succumbed to the smoke inhalation from the fire. Goble is a brave soul and a hero and deserves every inch of our respect. He came to work to get essential workers moving from point A to point B while the pandemic was reaching its peak in terms of toll deaths. There was a Lenox Terminal-bound (3) train right behind. Everyone on board evacuated from that train. Weekend (March 28th-31st) service along Lenox Avenue was suspended and the station did not reopen until Monday, April 6th.

“March 27 was one of the darkest, most painful days in New York City Transit history. There should be no tolerance for any form of violence in our transit system. Fires, sexual assaults, assaults on our workers — these are crimes committed against the very best of New York — the brave men and women who show up and serve this city each day and keep us all moving forward.”

“Garrett was a hero, and he was stolen from us. He was out there serving the public during a health crisis. He helped riders evacuate his train after the fire was set. This was a horrific, horrific crime, and Garrett deserves justice. His family deserves justice.”

I completely agree with both Interim NYCT President Feinberg and TWU President Utano. The early morning hours of March 27th will always remain as one of the darkest days in NYCT history. Garrett Goble was a hero to all who loved and cared for him. He deserves justice and this arrest that took nearly nine months to do is the first step in accomplishing that goal. We should also look forward to renaming the Central Park North-110th Street to Garrett Goble Way-110th Street to repay and honor him for his heroic deeds that fateful morning. The petition is still up and running with 10,000 signatures needed. Please click here to sign the petition to make this renaming possible in honor of a true hero. Lastly, please keep the Goble family in your thoughts and prayer as they are still reeling from this loss.

In other news, the Eastern Parkway-Brooklyn Museum stop in Brooklyn will now be ADA Accessible. Winter Storm Gail came, saw, and conquered. She gave us a white Christmas earlier than anticipated and all of the MTA's sub-agencies were fully prepared. Read more all about it here. Lastly, great news from Congress. The Senate has just approved a $900B COVID-19 relief plan. The plan includes $4B for the MTA, so that is a start.

Posted by The Hub Chronicles at 7:55 PM