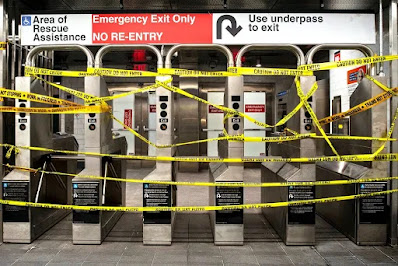 NEW YORK, NY - New York and the tri-state region cannot catch a break. First, the MTA announces a massive service cut by 40% as well as job layoffs by up to 9,400 employees. Now, they just released information on the potential fare hikes that can possibly happen in 2021 if $12B of funding is not received from Congress. On top of that, the Georgia Senate race is still going on and it will not only determine the majority, but also the future of our agency.

This past Tuesday, A bipartisan spread of politicians, transit workers, straphangers and car drivers piled on MTA execs one by one Tuesday night to voice their opposition to possible fare and toll hikes at the first official public hearing on the topic. Zoom meetings on the proposed upcoming fare hike will be hosted every week. Transit officials have floated multiple options for fare and toll hikes next year, in line with the agency’s policy since 2009 to enact increases every two years. The newly unveiled plan includes the potential for a 2 or 4% fare hike. The agency is also suggesting that if the base fare for a MetroCard does not increase the price of 7 and 30 day passes would. On top of that, the agency is proposing increasing the "green" fee for new MetroCards above the current $1. Back in late 2010, the agency discontinued the 1-day fun pass as well as the 14-day unlimited MetroCard.

“Governor Cuomo shouldn’t hike transit fares for essential workers and New Yorkers with no other option, especially as we face the real potential of a second COVID wave. Now more than ever, the subway and bus fare is a regressive tax. Rather than raising substantial new funds for public transit, higher fares will also drive potential riders away from the MTA and restrict our overall ability to recover economically. To advance an equitable recovery, the governor must bring back overnight subway service, double down on the services and supports New Yorkers most need, and hold the line against regressive transit fare hikes and doomsday service cuts.”

I totally understand Madame Plum and where she is coming from. As a second potential COVID-19 wave lurks in the background due to the bustle and hustle of this holiday season. We can combat that if we all work together by washing/sanitizing daily, wearing our masks, and practice social distancing, we can avert a second wave. Plus, this month alone, over 170,000 doses of COVID-19 vaccine will be available by December 15th for New York. Over a million doses will be out in 2021; both distributed by Pfizer. The subways overnight service is still suspended throughout the duration of this pandemic. Take into mind that 153 transit employees as well as less than 10 employees from other sub-agencies passed away from COVID-19 during the height of the pandemic.

The dates and times for hearings are as follows:

Besides increasing the $2.75 subway fare, transit honchos are mulling getting rid of time-based unlimited MetroCards, reducing the number of commuter rail fare zones and eliminating the Verrazzano Bridge’s Staten Island resident discount. U.S. Rep.-elect Nicole Malliotakis (R-Staten Island), who testified in favor of maintaining the bridge discount.  This comes after the Verrazzano-Narrows Bridge restarted booth tolling. All of this is bad timing for us to be having service cuts, job layoffs, and fare hikes.

In other news, five MTA employees (four from LIRR; one from NYCT) are in hot water today. The defendants are Thomas Caputo (Retired), Joseph Ruzzo (Retired), John Nugent, and Joseph Balestra of LIRR and Michael Gundersen of NYCT. They have been accused of have been charged with fraud, accused of falsely claiming to have worked hundreds of hours of overtime. The amount that has been collected overall was over $105M; that is far more than what the MTA Chairman makes. This could be the main reason why the agency is facing such a huge deficit, which could result in cuts, layoffs, and hikes. This behavior is appalling, if you ask me. If convicted they can face up to ten years in prison. The FBI is currently investigating this matter. You can learn more about the defendants and full details of their actions here.

Posted by The Hub Chronicles at 9:11 PM