After more than a year of overnight shutdowns, 24/7 subway service resumed overnight in New York City. 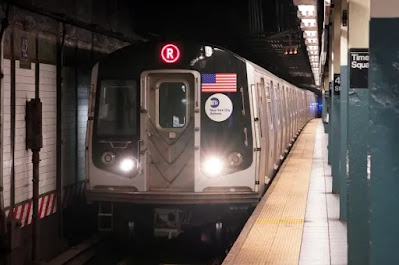 New York City’s subways resumed 24/7 service early Monday morning, more than a year after Gov. Andrew Cuomo instituted nightly shutdowns to facilitate COVID-19 cleaning. The nightly shutdowns initially ran from 1 a.m. to 5 a.m., before being shaved down to 2 a.m. to 4 a.m. in February. The closures attracted the ire of transit advocates, who accused the MTA of leaving thousands of New Yorkers without a way home. The reopenings came after calls from Sen. Majority Leader Charles Schumer (D-NY) called for the 24/7 return.

The MTA will continue its pandemic policy of requiring riders exit trains at terminals in
order to allow for deep-cleaning and disinfecting. Subway ridership took a major dip in the early days of the pandemic. Statistics show subway service is still down more than 50 percent compared to pre-pandemic days, but subway turnstiles recorded more than 2 million swipes or taps earlier this month for the first time since the pandemic began. 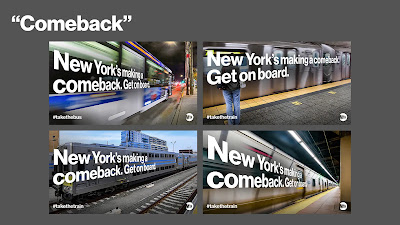 MTA Chairman Patrick Foye unveiled the MTA's new campaign "take the train," aimed at getting ridership back up to pre-pandemic levels. In lieu of nightly cleanings during periods of overnight closures, MTA crews will quickly disinfect trains once they are unloaded at terminal stops before they're returned to service. He said this in a statement, “Thanks to Governor Cuomo’s leadership and the hard work of New Yorkers, the resumption of 24-hour subway service and reopening of New York have been made possible. We owe our heroic frontline workforce a tremendous debt that will never be repaid in full. They kept this city moving when it needed them most, and will continue to be the heroes moving heroes.”  Well, how people forget about the horrible leadership of the Governor during the height of the pandemic. Let this article be a reminder to you all.

Prior to the pandemic, average weekday ridership totals on subways routinely exceeded 5.5 million. That figure fell by more than 90% to a low of roughly 300,000 daily trips last April as the number of COVID-19 cases peaked in the New York City area. The low point of bus ridership was 278,067 on Sunday, April 12, 2020. Average weekday ridership in April 2020 was 463,763. MTA employees continued to provide service for the frontline healthcare professionals and other essential workers who needed to get to work during some of the most troubling days in New York City history.

The unprecedented cleaning regimen on subways, buses, paratransit and commuter rails will continue. Stations will be disinfected at least twice daily and rolling stock at least once daily. Since the May 6 closure a year ago the MTA has piloted disinfecting methods such as ultraviolet light, antimicrobial sprays which will allow the disinfecting to remain at high levels. Masks are still required while riding mass transit; mask compliance on subways and buses has been nearly universal with 98% compliance on subways and 99% on buses. 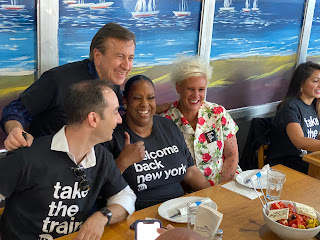 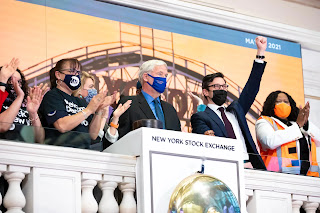 Metropolitan Transportation Authority (MTA) leadership and frontline workers rang the New York Stock Exchange opening bell this past Monday, celebrating the return to 24-hour subway service. Also, NYC Transit Interim President Sarah Feinberg and MTA Chief Customer Officer Sarah Meyer Tuesday stood with prominent restaurateurs and the New York City Hospitality Alliance to celebrate the reopening of overnight subway service and full capacity for restaurants and bars. Lastly, the popular Music Under New York program will return to the subway system on June 4, more than 14 months since it suspended public performances due to the COVID-19 pandemic, and immediately on the heels of the return of 24/7 subway service and the broader reopening of New York City.

The MTA will also continue to protect its employees and customers with personal protective equipment. So far the Authority has acquired nearly 27 million masks to date. In addition to the over eight million masks available for customers, the Authority has also made available 750,000 2-oz bottles of hand sanitizer. Additionally, the Authority has distributed to its workforce 18.7 million masks, 20.3 million pairs of gloves, 122,000 gallons of hand sanitizer, 260,000 7-oz and 2-oz bottles of hand sanitizer, 13.7 million individual sanitizing cleaning wipes, 277,000 gallons of cleaning solution and 18,000 face shields. In order to gain more ridership, the agency launches #TakeTheTrain, #TakeTheBus campaign encouraging New Yorkers to return to mass transit also has merchandise that you can all buy.

Posted by The Hub Chronicles at 8:53 PM